Louisiana has new legislation that legalizes the use of marijuana for medicinal use. In order to receive a therapeutic marijuana recommendation in Louisiana, you must be personally examined by a certified physician and have a current diagnosis of:

The patient must have tried and failed conventional treatment for his or her condition. The patient must also be a resident of Louisiana. If eligible, the physician provides a recommendation for medical marijuana which will be sent to one of nine approved pharmacies in the state. Medical marijuana is sold in non-smokable forms, such as a tincture, oil or capsule, and cannot be used raw.

At Spectrum Neurology Center, the trained specialist at this facility routinely treat most of the conditions that have been approved for treatment under the state guidelines. It is widely known that the treatment options for these conditions are often limited or with medications available producing unwanted side effects or adverse reactions. With the options of therapeutic marijuana for approved patients, a new horizon is now available to hopefully improve the quality of life and limit the need of risky often addictive options such in those conditions that may require narcotic medications.

Marijuana (cannabis) is a natural alternative in the treatment of various medical problems including painful neurological conditions. Marijuana contains two main active substances or cannabinoids: delta-9-tetrahydrocannabinol (THC) and cannabidiol (CBD). Both THC and CBD have anti-inflammatory, anti-oxidative, neuroprotective and anti-spasmodic properties. THC is thought to be the most psychoactive substance in marijuana and may alter perception, mood, consciousness or behavior. CBD is the major non-pyschoactive cannabinoid found in marijuana that does not affect the mind or behavior.

Our bodies have a complex endocannabinoid system that produces our own cannabinoids similar to those found in cannabis. This system plays a role in many physiologic functions throughout the body including inflammation, pain, movement, metabolism, appetite, memory and gastrointestinal function. Cannabinoid receptors are found throughout the body, mainly in the central nervous system and immune system, but also in the endocrine and gastrointestinal systems. Cannabinoids bind to these receptor sites and provide homeostasis or balance of the body and its systems.

There are a vast number of strains available, usually either from the species sativa, indica, or a hybrid of both. Each strain has a different cannabinoid profile and effect. Generally, indica strains are sedatives and relaxants and have a higher content of CBD, while sativa strains are more stimulating and have a higher THC content. The ratio and potency of THC and CBD play a significant role in the clinical effects of marijuana. Additionally, the psychological effects of cannabis, such as euphoria, sedation and reduced anxiety, can influence the potential therapeutic value. Marijuana has not caused any significant harm to users and many feel it is a safer alternative to other medications.

While marijuana is not yet FDA approved or federally legal, research suggests the possibility of multiple therapeutic indications for medical marijuana. Studies have shown that there is conclusive evidence that cannabis is an effective treatment for chronic pain in adults, for chemotherapy-induced nausea and for spasticity in multiple sclerosis patients. There is also moderate evidence that supports the use of marijuana to improve short-term sleep in patients with chronic pain, fibromyalgia, multiple sclerosis and obstructive sleep apnea.

Use of Opioids with Therapeutic Marijuana

Therapeutic marijuana is an alternative treatment for chronic pain and may have a role in reducing the use of opioids needed to control pain. It may also help patients discontinue opioid medications altogether. Recent analyses of prescription data from Medicare Part D enrollees in states with access to medical marijuana suggest a significant reduction in prescription opioids. Recent studies showed decreased medication side effects and improved quality of life in chronic pain patients who used therapeutic marijuana. Studies have also shown an association between medical marijuana legalization and the reduction in overdose deaths related to opioids. There is no increased risk of fatal overdose when using marijuana and opioids; however, both classes of medications do have adverse effects related to cognitive impairment and sedation and caution should be taken when taking these medications together.

The goals of therapeutic marijuana for chronic pain are to alleviate symptoms of pain, decrease your need for opioid medications, lower your risk of opioid dependence, minimize your risk of harmful side effects and improve your quality of life and function.

All therapeutic marijuana recommendation consultations must be scheduled in advance. Please bring a current government issued photo ID, proof of Louisiana residency, list of medications and any pertinent medical records to your appointment.

Therapeutic marijuana and clinic visits associated with therapeutic marijuana are not currently covered by insurance companies. This treatment is not FDA approved and deemed Investigational by insurance carriers as such is considered an out of pocket expense. Please contact the clinic at 504-454-7246 for cost associated with the evaluation for medical recommendation and required follow up evaluations thereafter. 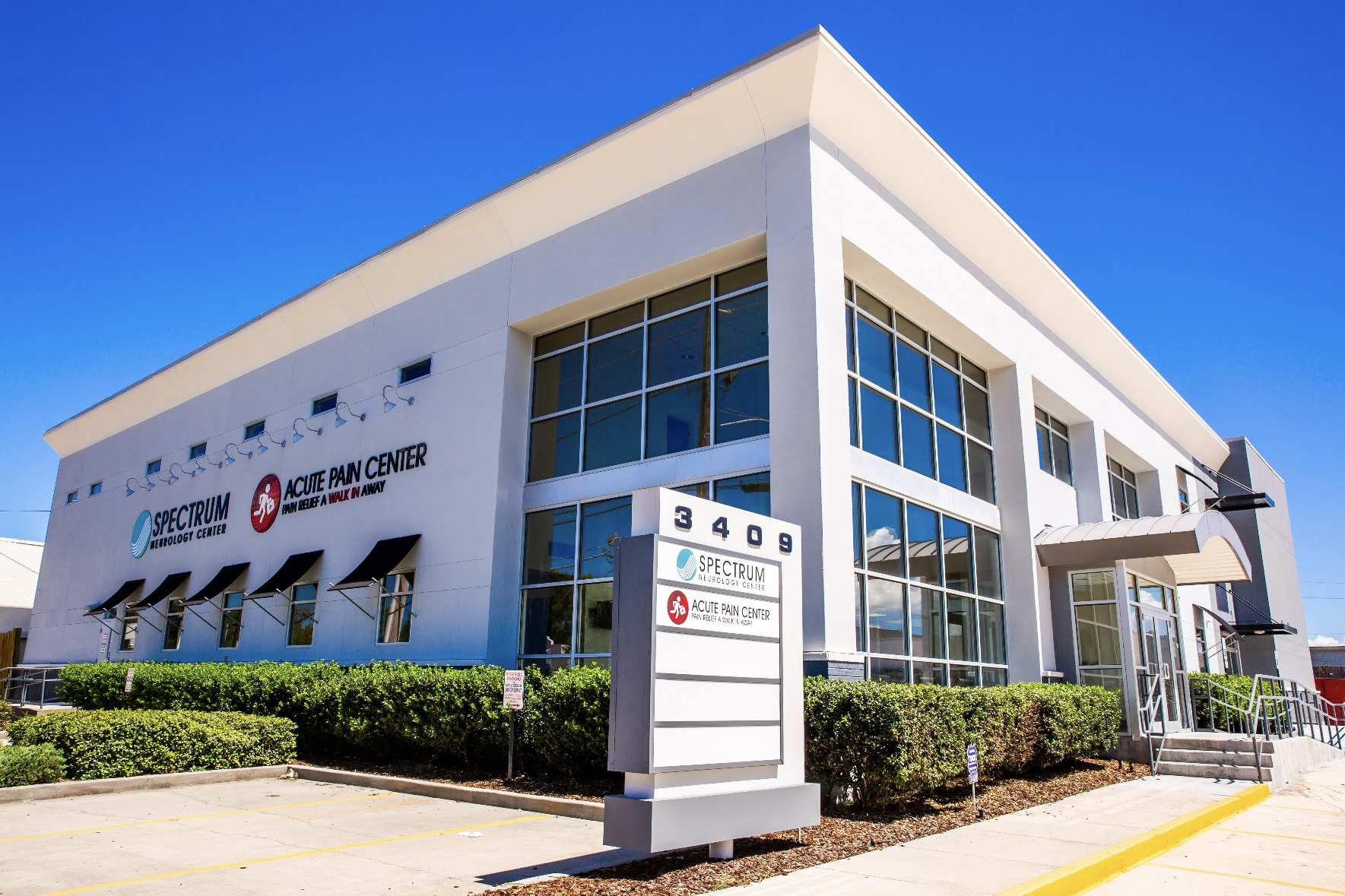 Specializing in the diagnosis and treatment of painful neurological disorders.